Any description of Dixieland (sometimes referred to as Hot jazz or New Orleans jazz) is fraught with difficulty. The general public was first widely exposed to the term ‘Dixieland’ in the name of the musical group: ‘The Original Dixieland Jass Band’, who billed themselves “The Creators of Jazz”. Nothing could be further from the truth. Nick La Rocca assembled the group of 5 musicians. There was a lot of member turn-over, but the groups recording career spanned 1917 through 1946.

The irony was that ‘The Original Dixieland Jass Band’ was all white. The music had originated on the streets and in the clubs and brothels of New Orleans. It’s roots were the origins of traditional jazz. New Orleans was essentially an open city and a port town. Influences poured in from all over the civilized world. Local musical forces include: ‘jass’ (later ‘Jazz’), blues, ragtime, stride piano, street bands, brothel entertainers, street skat, etc. The music was predominantly black. ‘The Original Dixieland Jass Band’ had formed in New Orleans. All of the musicians had played in Papa Jack Laine’s Reliance Brass Band at one time or another. They heard the real thing at it’s source.

In 1916 the band moved from New Orleans to Chicago, just like so many of the African-American and Creole musicians from that city. In Chicago, they continued to soak up the influences of the black jazz musicians and played a season at the Booster Club under the name of Stein’s Dixie Jass Band. At the beginning of the following year the band ditched Stein and moved to New York where, on the recommendation of Al Jolson, they landed a gig at Reisenweber’s Cafe on Columbus Circle and 58th Street, a fashionable restaurant and night-spot. The band created quite a stir and Columbia Records rushed to record the them only two weeks after they had arrived in the city. The first recording sessions for Columbia weren’t successful. Their first credible recording was released February 26th, 1917 for the Victor Talking Machine Company. It was wildly successful. They introduced the rest of the country to traditional jazz – the public loved it – white and black. Their record release signaled the beginning of the Jazz age and helped define the era we call the “Roaring Twenties”.

The Original Dixieland Jazz Band’s stage presence included wacky antics, like wearing top hats that spelled out “Dixie”, playing the trombone’s slide with the foot, and so on. The band’s slogan was “Untuneful Harmonists Playing Peppery Melodies”, and their cornet playing leader Nick La Rocca delighted in stirring up the press, describing themselves as musical anarchists and coining fun statements like “Jazz is the assassination of the melody, it’s the slaying of syncopation”.

They were good, but it is easy to argue that the black source musicians that they were copying were better. It would be a number of years before the American public would get to hear the source. Examples of the original artists include King Oliver, Louis Armstrong, Jelly Roll Morton, Fats Waller, James P. Johnson, New Orleans Rhythm Kings, Sidney Bechet, Buddy Bolden, Clarence Williams, etc. The Ken Burns documentary on Jazz is a must-see for more detailed information and inspiration. 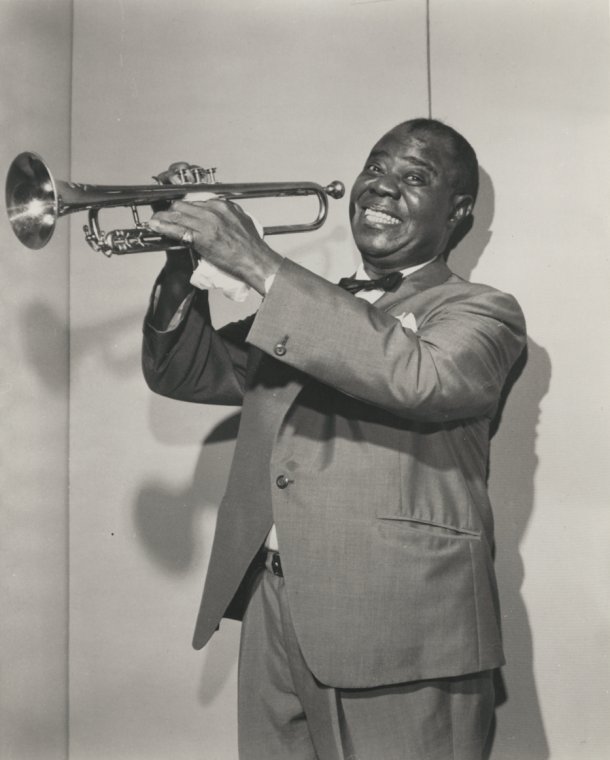 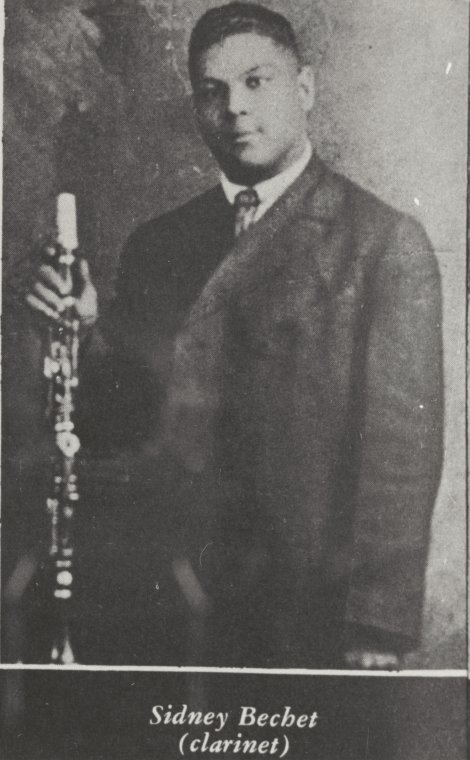 Having said all that: Dixieland has become known as a style of jazz developed at the start of the 20th century by New Orleans bands in the 1910s. Dixieland jazz combined brass band marches, French Quadrilles, ragtime and blues with collective, polyphonic improvisation by cornet, trombone, and clarinet over a “rhythm section” of piano, guitar, banjo, drums, and a double bass or tuba.

The Dixieland sound is created when one instrument (usually the cornet) plays the melody or a recognizable paraphrase or variation on it, and the other instruments of the “front line” improvise around that melody. This creates a more polyphonic sound than the extremely regimented big band sound or the unison melody of bebop. The swing era of the 1930s led to the end of many Dixieland Jazz musicians’ careers. Only a few musicians were able to maintain popularity. Most retired.

While the term Dixieland is still in wide use, the term’s appropriateness is still hotly debated. For some it is the preferred label (especially bands on the USA’s West coast and those influenced by the 1940s revival bands), while others (especially New Orleans musicians, and those influenced by the African-American bands of the 1920s) would rather use terms like Classic Jazz or Traditional Jazz. Some of the latter consider Dixieland a derogatory term implying superficial hokum played without passion or deep understanding of the music. According to jazz writer Gary Giddins, the term Dixieland was widely understood in the early 20th century as a code for “black music.” Frequent references to Dixieland were made in the lyrics of popular songs of this era, often written by songwriters of both races who had never been south of New Jersey.

Today, Dixieland is often applied to white bands playing in a traditional style. Some critics regard this labeling as incorrect. From the late 1930s on, black and mixed-race bands playing in a more traditional group-improvising style were referred to in the jazz press as playing “small-band Swing,” while white and mixed-race bands such as those of Eddie Condon and Muggsy Spanier were tagged with the Dixieland label.

Edited and expanded from Wikipedia
Special thanks to H.O. Brunn, (Louisiana State University Press, 1960) for historical information on the Original Dixieland Jass Band.